COVID-19 FREELANCERS AND THE LIVE MUSIC INDUSTRY: THE PERFECT STORM? 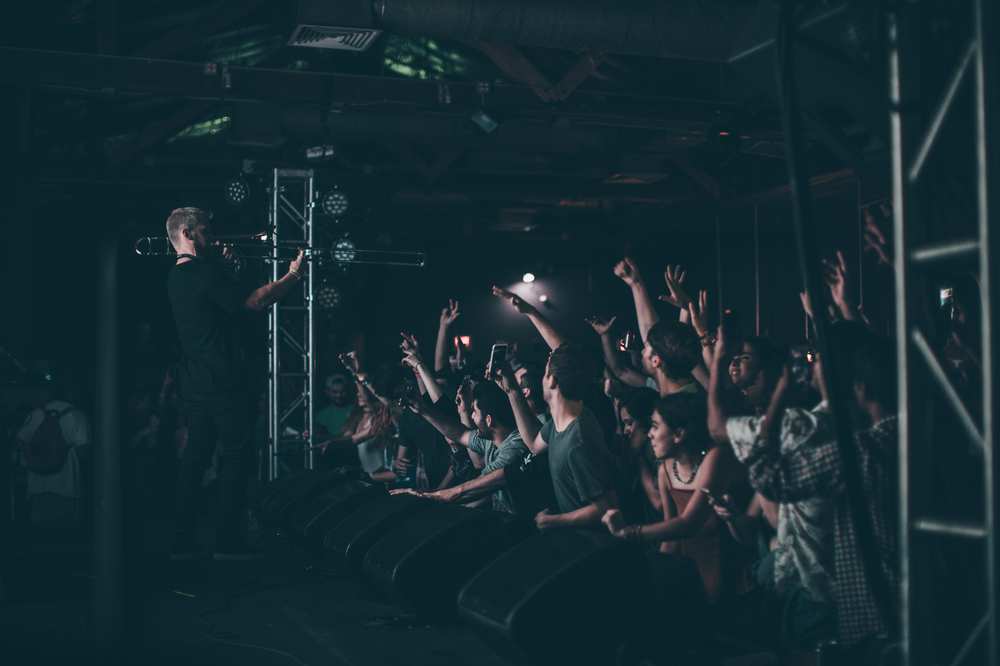 Starting to write a blog post on the impacts of COVID-19 on the music industry, on the day Prime Minister Boris Johnson announced a firm ‘UK lockdown’ on public gatherings (on March 23rd), was a sharp reminder that stakeholders in the live music sector were going to be impacted for a significant amount of time, with the implications for the music industries being potentially very serious. Indeed it is terrifying to consider that as recently as November last year, the live music industry was regarded by The Guardian as hitting a “record high”, with its value to the UK economy estimated to be circa £5.2 billion (with music tourism alone regarded as generating 45,530 jobs), which contrasts sharply with recent well publicised narratives concerning the cancellation of  tours and landmark events such as Glastonbury, South by Southwest and The Great Escape, not to mention the general decimation of the live music sector. However, returning to the music industry of only a few weeks ago, despite some individuals making a great deal of money, The Guardian article is quick to point out that the £5 billion generated does “not reflect the financial struggles of many music creators”, whose average earnings are reported to be £23,059 per year (although the recent research conducted by Sound Diplomacy into the music ecosystem in Cardiff, estimated the average to be £18,000). Earlier this week, we explored the impact of the pandemic on freelance screen sector workers, and as with screen, the majority of music practitioners work on a freelance basis, with the Musicians Union reporting that a staggering 94% of musicians earn at least part of their income via this means. It is therefore no surprise that it is this sub-sector that is particularly vulnerable during the current pandemic crisis.

Although the UK government’s £350 billion pound financial package for British business, announced on March 17, will no doubt assist some music companies staying afloat, concern for the freelance sector is understandably real, with industry bodies such as UK Music, the Musicians Union and the Music Managers Forum all announcing that they have “significant concerns that the benefits will not reach [this category of] music makers, their representatives, [or] their teams”. So, although the government’s financial pledge is welcome, it needs to be highlighted at the highest level that music freelancers are ‘slipping through the gap’, as they simply don’t qualify for many of the rights other workers take for granted, including access to sick pay or indeed the promised 80% of wages the government pledges to cover. Indeed currently, although freelancers can access the ‘Universal Credit’ system, this is also restricted if their partners work!

This may be the bleakest moment in living memory when it comes to making a living as a freelance music practitioner. However, a glimmer of positivity can be seen when one examines some of the ways the sector has responded, ranging from grassroot to world famous musicians and venues. For example, Ronnie Scott’s is now streaming selected live concerts as part of its ‘Lockdown Sessions’, with the musicians performing in an empty venue to a ‘virtual audience’, spread around the world. In order to monetise these activities, viewers are encouraged to donate direct to the musicians via a live Facebook feed, a practice also made possible via web sites such as Stageit, Facebook Live and Crowdcast. Indeed band members from Snarky Puppy, who usually tour extensively every year, are currently offering musicianship lessons, once again asking attendees to offer a financial contribution so they can sustain their livelihoods. As outlined by Graeme Virtue, artists such as Chris Martin (from Coldplay), John Legend and Ben Gibbart have also joined in a now pervasive practice of musicians performing live from their homes in ‘virtual house concerts’, where finance is not the objective, but simple ‘good will’, to entertain their fans for free during these difficult times, a gesture not too dissimilar to the escapism Dame Vera Lynn provided the nation of Britain during World War 2.  However, and as pointed out by the BBC, although shows by the likes of Chris Martin “provide a much-needed creative outlet and sense of community for artists and fans alike […], they [don’t] make up for the loss of income as the touring circuit effectively shuts down”. Former Ocean Colour Scene and Paul Weller bass player Damon Minchella, describes the current situation well.

“The professional touring and studio community has been devastated due to across the board cancellations. All the summer festivals I was playing with Richard Ashcroft have been cancelled, as has all previously arranged session work. A friend of mine who has been doing (and still is doing) onstage sound for Madonna for over 10 years has just applied to Tesco to become a shelf stacker. The idea of online gigs is partially relevant, but this cuts out trucking crews, venues, security, tour managers, and so on. It's devastating for everyone […]”.

When one reflects on the current situation, it is not sensationalist to suggest that some creative music practitioners may never recover, as they attempt to maintain their professional status and remain solvent during the financial storm they are currently experiencing.

What Can We Do To Help?

The ideas below are intended as a starting point:

The media coverage of the The Covid-19 outbreak has in some respects become the distorted mirror through which we see ourselves, as supermarket shelves are emptied, government safeguards are ignored, and wealthy business leaders don’t pay staff. However, this is an opportunity for both the general public and most importantly the UK government, to contribute towards a more positive narrative, by showing their appreciation of this fragile sub-sector of the creative economy by providing important financial support. It has been well reported over the last decade or so how the live music industry has been a lucrative sector, on which the music industry as an entity depends. So, this is also an opportunity to assist its recalibration, by ensuring that many of its lower paid freelancers can remain within it, once this pandemic has run its course.

In terms of the situation in Wales, the impacts of Covid-19 are obviously impacting here too, ranging from the grassroots venues on Womanby Street, to larger venues like Tramshed and the Motorpoint Arena, not to mention the impact on countless working musicians throughout the country who make their living from music. One such musician stated the following when asked how Covid-19 was impacting her day to day work.

“[…] my main source of income is gigging [and] all my gigs for the next two months have been stopped. I had a residency at a hotel in Cwmbran - all cancelled. Residency in Tenby – stopped, Mother’s Day gigs – cancelled. I also play at least once a week in Care homes for a company called MusiCare - all stopped. Huge impact.”

A similar situation was reported by the owner of One Louder Studios in Newport, who verified that they were now “completely closed” with “no band rehearsals or recording sessions taking place. Income is now £0”. At the time of writing, the studio was remaining closed until at least April 5th. Another freelance musician based in Crickhowell reported the cancellation or postponement of over 40 shows, which has resulted in a loss “just shy of £5k”.

These stories are of course the tip of the iceberg, with many local stories still to be told. Indeed as this blog was going to press, stories of Owen Money having to cancel his 20 date mainly sold out tour of Wales was just emerging. With major events such as the Greenman Festival and Focus Wales, taking place later in the year, they will surely be watching with trepidation to see if the pandemic settles.

Important Note: Freelancers who are looking for advice on factors such as cancelled shows, travel, insurance, working from home, campaigning and wellbeing,  please refer to the following links as suggested by UK Music: Musicians Union, the Music Manager Forum, Association of Independent Music, the British Phonographic Industry, Music Producers Guild, the Performing Rights Society. Also, the Featured Artists Coalition, the Musicians Union, the Music Managers Forum are all doing surveys to try and assist the impact of Corona-19 on its members and the music industry at large.