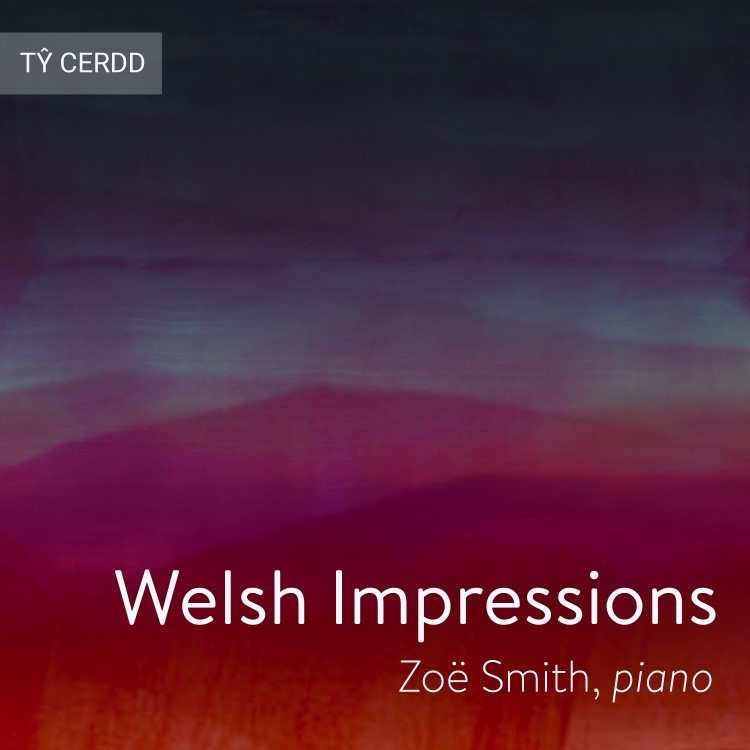 Zoë Smith, Head of Postgraduate Programmes (Music) at the RWCMD, has been working closely with Tŷ Cerdd for the past 18 months on a range of projects focused on bringing music by Welsh composers out of their archives and into the repertoire of students and staff at the College.  One of the fruits of these explorations has been the programming and recording of a CD drawing on published and unpublished works. Entitled Welsh Impressions, it contains a selection of hidden treasures for solo piano from 13 Welsh composers, many of whom are best known for their art songs.  It includes many items that have never been recorded before, including Nocturne in A flat by Meirion Williams, a piece that Zoë was given to reconstruct from incomplete manuscripts.  The disc was launched at the National Eisteddfod in Llanrwst in August and is now available from Tŷ Cerdd and via digital streaming platforms. Zoë will be sharing the journey from research to recording with her postgraduate students in a Musicians as Researchers seminar at the RWCMD on Thursday 26th September in the Dora Stoutzker Hall (4-5pm, USW colleagues very welcome), as well as contributing to the Royal College of Music’s Music and Ideas seminar series in January 2020 and developing a series of recitals from the music on the CD.