Public service broadcasters: interventions and innovations for the creative economy? 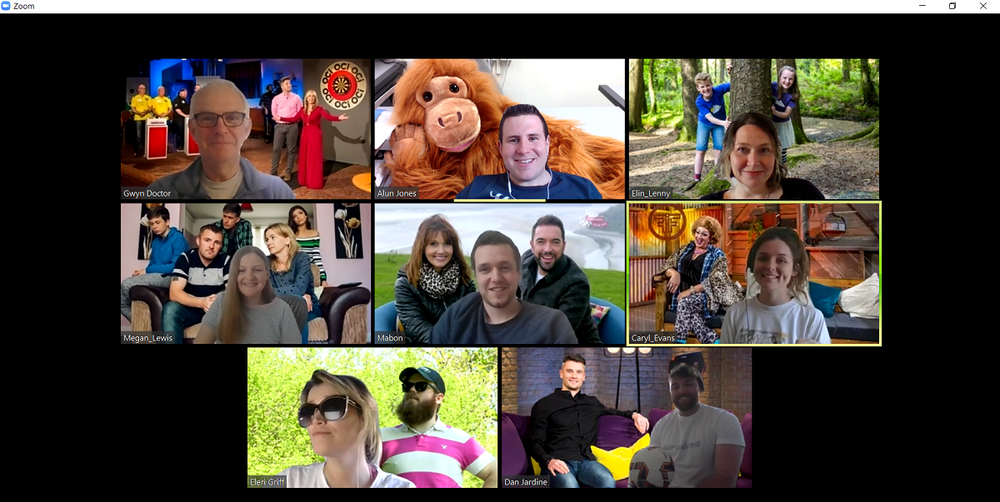 A day can be a long time in lockdown, but three weeks feels like an eternity. A great deal has happened in the world of public service broadcasting since we last blogged about Covid 19 and PSB. Over the past week, the UK’s public service broadcasters have each been issuing statements on how the crisis is affecting them demonstrating both the ways in which they are seeking to maintain their businesses and how they are trying to mitigate the impact on their supply chain. First the impact on broadcasters….

Channel 4 is publicly owned but funded almost entirely through advertising sales. The market in TV advertising had already been under significant pressure from digital advertising but coronavirus has brought about a massive decline. Last week's Channel 4 announcement said they expected the TV advertising market to be down 50% in April and May. Such a scale of loss of income was bound to have an impact. This includes a very substantial £150 million reduction in the content budget for 2020. That’s a lot of telly that is not going to get made. It means a very great deal less commissioning spend going into the indie sector which feeds the UK supply chain at the very point when demand for content from viewers is increasing, when freelancers are losing the work that pays their own bills and employees are facing redundancy or being furloughed.

Secondly what of the screen workforce? We should be very clear that the virtual halt to film and TV production is impacting enormously on the lives of the people who bring programmes to our screens. The Creative Industries Federation recently published a survey noting that 62% of freelancers/self employed estimate that their monthly income/turnover has decreased by 100% since the outbreak with 75% worried that grant payments won’t be available until June. 36% of all respondents said they were experiencing ‘very considerable’ cash flow issues, and 26% ‘considerable’ cash flow issues suggesting that the immediacy of relief is vital in making effective interventions. Equally worrying is a reported lack of understanding of the myriad government initiatives put in place to help the sector. For example, 58% of organisations do not know if they are eligible for the Coronavirus Business Interruption Loan Scheme (CBILS) scheme. It is perhaps unsurprising that 78% of the survey’s respondents did not think that UK government is doing enough to support creative organisations to mitigate potential impact.

It is in this context that interventions from public service broadcasters really matter. The coronavirus crisis presents PSBs with a unique opportunity to demonstrate their public value to support the UK’s creative economy including at specific national and regional levels.

As commissioners, as trainers and as employers, PSBs are under scrutiny and a great deal is rightly expected of them. This will doubtless emerge in the current DCMS Inquiry into the Future of Public Service Broadcasting which has a fiercely tight 30 April 2020 deadline.

When we look back at this crisis, there’s every chance that this will be the moment when PSBs either nailed or lost the argument for why public service broadcasting (or public service media) still matters.

There are 3 key areas (beyond vitally important news delivery) where the UK’s PSBS have sought to intervene to support the wider creative economy date.

1) Firstly, commissioning. Public service broadcasters are the heavy weights in commissioning original UK content.  Without their commissioning pounds, many of the UK’s best loved and most exportable shows would not get made. It has been striking to see how rapidly commissioners have sought out content that responds to the present crisis.

Whether it is S4C’s recommission of Ffit Cymru as a multi-platform series to keep viewers healthy while living apart or Channel 4’s rapid cooking up of a new Jamie Oliver format Keep ‘Cooking and Carry On’, PSBs have been agile in getting new content made that speaks to the realities of people’s new everyday lives. Announcing a £2.8million commissioning round, S4C’s Director of Content, Amanda Rees noted that ‘As a Public Service Broadcaster, we have a responsibility to serve our audiences with information and entertainment. We need to reflect the reality of people's lives during this challenging period and people will be looking to us for comfort and company.’ BBC Wales’ ‘Wales in Lockdown’ series launching this week is another example of rapid response, gathering stories of how people are coping across the country.

It is notable how important genres like factual and light entertainment have been in addressing the need for comfort and company, bringing people together when we feel so distant and forced apart. Drama gets a lot of the kudos when we talk about digital disruption and big budget production values of the kind associated with Netflix. One million pound episodes of high-end drama are wonderful but they’re not the kind of content you can produce quickly under lockdown. The coronavirus crisis demonstrates how much factual, kids and entertainment genres matter to people when they need help, education and a bit of hope and joy.

2) Secondly, development. Although most TV shows have had to close-down production, this period of quiet is a real opportunity to invest in development. This is a time to reflect, to innovate and to think imaginatively about the kind of content the present age and current viewers demand. S4C has moved online to Facebook for audience sessions with senior managers and has released new Zoom backgrounds so viewers can appear ‘with’ their favourite shows when meeting online. Meanwhile, BBC Wales announced a one-off fund ‘to turbo-charge TV development projects such as drama and comedy with an eye on future schedules beyond 2020’. The need is for development now but also careful planning for when production returns as there will be an inevitable demand on resources including studio space and human labour.

3) Thirdly, sector support. Alongside other agencies such as Screen Scotland, Ffilm Cymru Wales, BFI, Northern Ireland Screen and the Arts Councils, PSBs have been advocates for policy to support the screen sector where patterns of work, as well as production, are often poorly understood. PSBs have also announced their investment in their own supply chains. For example, the BBC announced a doubling of the BBC Small Indie Fund (from £1m to £2m) - managed by BBC Content - to support smaller independent companies across the UK, who are most vulnerable at this time. Channel 4 also committed to ringfencing funding for small, nations and regions-led and BAME-led independent producers to the value of some £5million. This is good to see because there’s a very real danger that other policy imperatives such as nations and regions quotas or equality, diversity and inclusion targets might be relegated to the back burner in times of crisis. A very watchful eye will be needed to guard against such slippages.

At times of intense risk, there’s a real danger if PSBs play it safe and continue to turn only to familiar faces. This is not a time for eschewing change, it is a time to embrace it.