‘Coming to a Cinema Near You’: the future of film exhibition 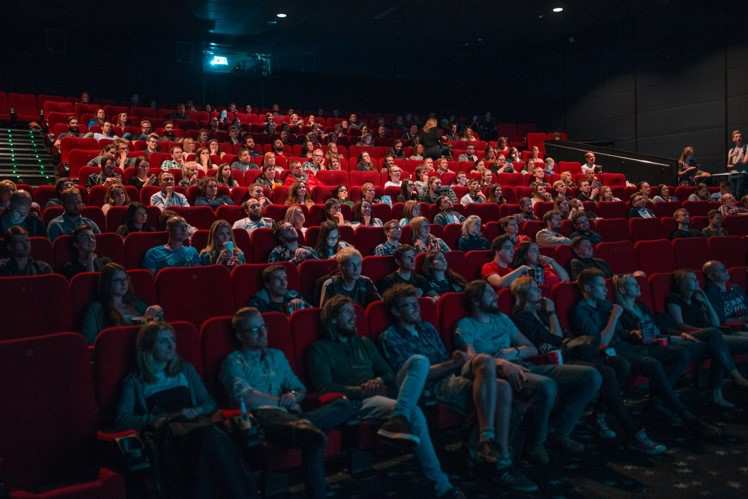 What will you do first once lockdown in over? What are you missing the most?

It’s likely by now that you’ve been asked these questions or perhaps pondered them as we think hopefully towards life post-pandemic.  For me one of the first things I want to do is go to the cinema.

It might seem strange given how much of life has been indoors recently but with all the scope for distraction at home, I’m looking forward to the total immersion of a good story on the big screen carefully crafted visually and aurally.  I’m also looking forward to the drink with friends after as we compare notes on performances and offer competing verdicts on the movie.

However, in thinking about this future I also began to think about what the cinema experience will be like when life returns to normal, whatever and whenever that might be.  Public spaces such as our high streets are likely to be very different once we emerge and so what about our cinemas? What will be the challenges and opportunities for that part of the creative sector as they open back up in our communities?

The Independent Cinema Office, the UK’s national body for exhibitors, conducted a survey to see how the sector responded to the immediate crisis of the COVID-19 pandemic and to the widespread closure of cinemas. As we’ve come to expect at the moment, the findings are sobering with 37% of cinemas having made or expecting to make redundancies, and the majority of independent cinemas estimating they will only be able to pay their staff at current levels of support for 2-3 months.

As we enter another month of lockdown the long-term impact of 2020 will be keenly felt across the sector and will change the entire landscape for film exhibition. 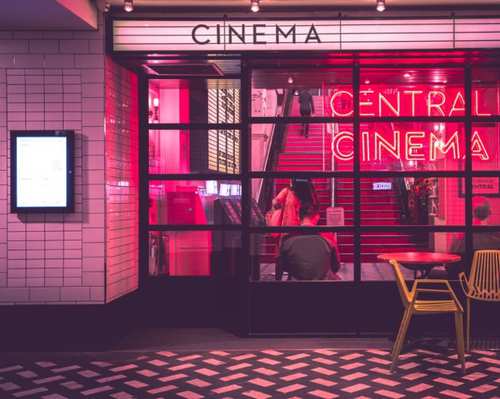 Photo by Myke Simon on Unsplash

A new landscape for film exhibition?

There are two key trends which have been brewing within the sector but have been exacerbated by the pandemic.

The first is a shift in industry norms.  Once upon a time (a month ago) theatrical windows were the cornerstones of the film industry.  Huge amount of planning and marketing budget would go into a film’s release strategy across platforms and territories. Traditionally this meant a window of exhibition in cinemas before release on DVD and then other platforms. Each stage brought much needed revenue and another opportunity to recoup investment.  In recent years the DVD market has all but disappeared making cinema and platform release even more crucial.

Pre-pandemic there had been some signs of change in the release strategy of major studios. Netflix had limited the cinema release of its films The Irishman and Marriage Story ensuring subscribers could watch these within weeks of their release. For cinemas this meant less high-profile content for both first-run and second-run programming, and also meant additional competition from these services.

The launch of Disney+ in the UK at the start of the lockdown means that now more of the major production studios have platforms to distribute their films and this means they can effectively by-pass cinemas altogether.

It is highly likely that even once cinemas reopen, we are going to see very different patterns of release and terms of distribution going forward. This will likely have major implications both for cinema chains and also for independent cinemas who rely on new content to get people into their screens.

The second shift is in audience behaviour.  Over the last few weeks many of us will have adopted new viewing behaviours.  Circulating on my social media there is a burgeoning list of recommended films to watch, books to read and podcasts to download.  Many of these we will access via platforms like Netflix, Amazon Prime and Apple and so these services are becoming well established in our consumption patterns.

Once the lockdown has been lifted and we face a potentially new economic and social reality, how will cinemas tempt us back and compete for our attention amongst the myriad of options available?

Looking ahead to life after the lockdown, I want to consider what will the challenges and opportunities be for cinemas.

One of the first challenges cinemas will face relates to the availability of new content.  As we wrote elsewhere, film production has shuttered across the world and so there will be inevitable delays in securing new releases.  In an interview with Deadline magazine, Cineworld CEO Mooky Greidinger acknowledged that while cinemas may re-open in some European countries ahead of the USA, he did not see how many could do so without big studio releases ‘because opening the cinemas means for us to pay full expenses and without the big movies, this is really impossible’. Studios and distributors will likely delay the release of bigger titles until they can be assured of audience numbers. Despite the changes outlined above, box office receipts are still shorthand for the relative success or failure of a film. Already some film studios have announced delays to their releases including the new James Bond movie No Time to Die, Disney's Mulan, and Christopher Nolan’s Tenet.

However, as cinemas turn to archives and second-run content to fill programmes, this also represents a unique opportunity to curate content innovatively. There is value in doing this in conjunction with communities as people seek to reconnect with friends and families and to reoccupy public spaces they’ve vacated for weeks.  With few other events or sports scheduled to take place this summer, the cinema might be our best option for entertainment. This might mean a kind of ‘cinema of demand’ and hosted social events for groups most impacted by the virus, the latter a valuable outlet for older audiences and new parents in many cinemas.

This is also an opportunity to embrace and support local film production.  The creative sector has been one of the most badly hit sectors in this pandemic. In a recent survey of the creative sector in Wales most respondents reported a significant decrease in business (85%), with a majority (60%) indicating that their work had dried up completely. A concerted effort will be needed to regain some of the momentum of the sector and here the partnerships between the production, distribution and exhibition community will be vital.  Taking advantage of our new perspective on community through seeding demand for local stories could help contribute to the recovery of the whole sector.

There are also operational issues to consider in the reopening.  Mixed messages during the instigation of the lockdown were particularly detrimental to cinemas, bars and restaurants with people advised to stay home but these venues were allowed to stay open. Exit from the lockdown will need to be more clearly articulated.

This is where political communication and support will be important. Communities need to be assured that public spaces are safe and that any lingering requirements for social distancing are clearly articulated. It is unlikely that cinemas will be busy straight away, so economic support will need to remain as we transition back to business.

Cinemas will also need to play their part in terms of establishing new Covid19 protocols including cleaning, staff training and revised access arrangements. This will be easier for some more than others. It will be especially difficult for the small single cinemas in many communities as social distancing will be nearly impossible in their screens and where they are heavily reliant on volunteers. We need to make sure that the pandemic doesn’t mean further consolidation of the big cinema chains and that independent cinema remains a visible part of our communities.

There are fundamental threats to the financial viability of many cinemas both from the immediate impact of the virus and the shifts happening in the sector around it. However for me and lots of others, cinemas remain a key site where my community is built and sustained. As we emerge from the crisis this can be a moment where we appreciate those spaces and their roles in a new way.