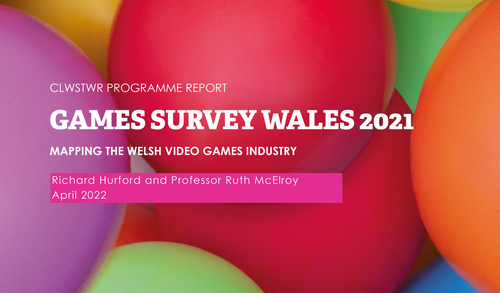 This report is part of the Clwstwr programme, a five-year project that aims to put innovation at the core of media production in South Wales. Clwstwr wants to build on South Wales' success in making creative content by putting research and development (R&D) at the core of production.

The aim of this report is to produce a detailed systematic mapping of the video games sector in Wales. It highlights the skills challenges and training needs of the industry across Wales. It also explores the support that the video games industry receives in Wales, the UK, Europe and rest of the world. This report provides informed insights into a sector that is currently under-developed and less well understood than the film and TV sectors in the Cardiff Capital Region, and Wales more broadly. 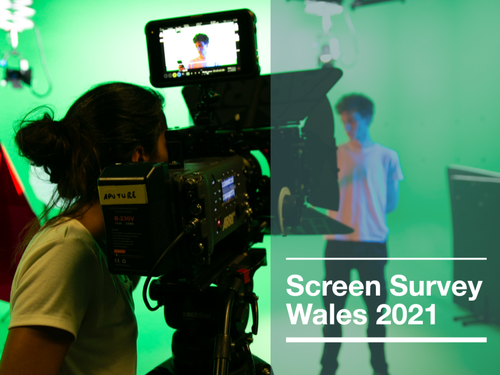 The aim of Screen Survey Wales 2021 is to map the ﬁlm and TV sector beyond the Cardiff Capital Region (CCR) and in doing so, to improve our understanding of these important regional economies’. Working in partnership with Creative Wales, the focus of this research is to explore the skills challenges and training needs of the industry across Wales. Though not the primary focus of this report, our research casts a light on the changes seen within the screen sector following the ﬁrst 18 months of the COVID19 pandemic. The term ‘pan-Wales’ is used in this report to refer to all areas of Wales excluding the CCR.

Screen Survey Wales 2021 signiﬁcantly extends the geographic reach of our earlier mapping of the Cardiff Capital Region screen sector. The entirety of the research gathered in Screen Survey Wales was conducted during 2021, with data collection focussed on spring and summer when ﬁlm and TV production was getting up and running after a long period of COVID19 lockdown. Consequently, it provides some revealing insights into the ongoing impact of the COVID19 pandemic on the ﬁlm and TV sector operating across Wales. 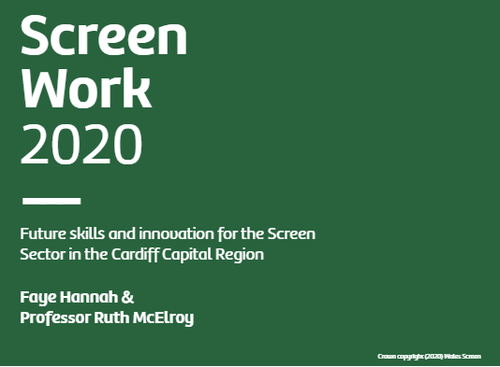 Screen Work 2020: Future skills and innovation for the Screen Sector in the Cardiff Capital Region

The screen sector in Cardiff Capital Region is a major success story for Wales, demonstrating significant growth and increasing reputational gains as a place to make quality screen content. From a low base, the region has grown to become home to hugely popular, widely exported and award-winning productions including Doctor Who, Doctor Who Infinity, Casualty, Sherlock, His Dark Materials, Apostle, Craith/Hidden, I am not a Witch, Luo Bao Bei, Keeping Faith and Time Carnage. This is a priority sector for Welsh Government in terms of Gross Value Added (GVA) with the Creative Industries Council (CIC) estimating that the UK creative industries are worth £111.7 billion a year to the UK economy (Creative Industries Council, 2018) and Creative Wales estimating that the creative sector as a whole has a turnover of more than £2.2 billion annually, an increase of 40% since 2010 (Creative Wales, 2020). 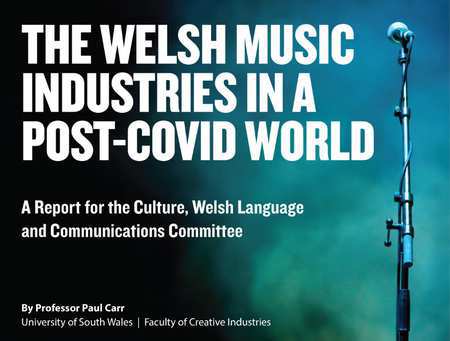 The Welsh Music Industries in a Post-Covid world: A report for the Culture, Welsh Language and Communications Committee

In July 2020, Professor Paul Carr was commissioned by Senedd Research to document a report examining the ‘state of play’ in the post Covid-19 music industries in Wales. This resultant document outlines the contextual backstory of the emergence of private and public sector support for the music industries in Wales since the pandemic commenced; examines the advice given to the music industries by the UK and Welsh Governments concerning roadmaps out of the pandemic; reviews the industry and academic research that has emerged since the pandemic started and finally, compares Welsh Government support packages to nations in other parts of the world. Although the report considers the Welsh music industries more broadly, its primary focus is on live music, as it is this which has been the recent concern of the Culture, Welsh Language and Communications Committee. It is also this subsector that has been widely reported as being impacted the most by the pandemic. The report concludes by documenting a series of recommendations for the Culture, Welsh Language and Communications Committee to consider presenting to Welsh Government. 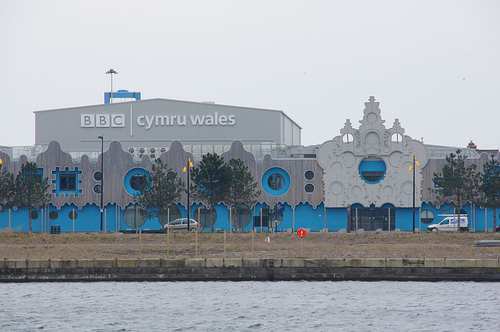 Since its establishment in 2006 the Centre for the Study of Media and Culture in Small Nations, University of South Wales, has engaged in dialogue with various stakeholders about the challenges and opportunities for drama production in and from Wales. In 2010 in conjunction with the BBC Trust and Audience Council Wales the centre published the report Screening the Nation, which examined the portrayal of Wales in landmark BBC television dramas (Blandford et al. 2010), capturing the centrality of television drama to citizenship and identity in Wales. The next phase of this research agenda coincided with the opening of the BBC’s Roath Lock Studios in Cardiff. While the focus of the research was the investment at Roath Lock other developments such the investment in Cardiff by Pinewood studios and Tony Hall’s provocative speech in 2014 highlighted that this was an important moment in the development and sustainability of the Welsh television sector. This research contributes to the on-going debates about both public service broadcasting and the wider creative sector in Wales and its ambition to be a serious contender in the television production market. 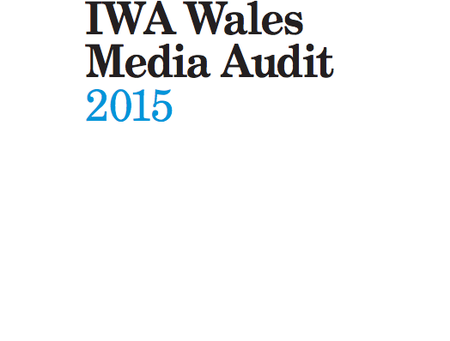 Since the IWA’s first media audit in 2008 the main developments have been the continued growth of online communication and the increased availability of digital means of communication across Wales, contrasted with a serious contraction in the funding of content related to Wales. It is becoming more difficult for Wales to retain its visibility in a more complex and fragmented media world.

The aim of the report is to set out and examine the main issues relating to the provision of media in Wales. The report notes the lack of prominence to the reporting of Welsh news on the UK networks and the portrayal of Welsh life through non-news programmes on the networks. While acknowledging that they are interrelated, we have also tried to separate out the issue of portrayal from that of network supply by Wales’ creative industries. 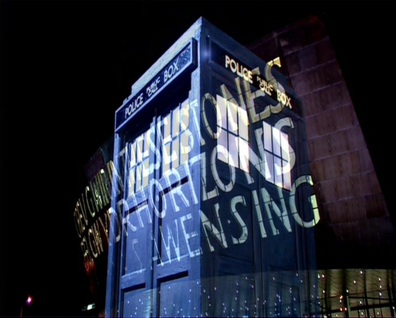 Screening the Nation: Wales and Landmark Television (in collaboration with the BBC Trust and Audience Council Wales)

This study can be seen in the context of wide-ranging interest in the issue of 'representation‘ in the media generally and, in the light of its central importance to national life, the BBC in particular. The term 'representation‘, it should be noted, often becomes synonymous with words such as 'portrayal‘ and depiction. Whilst the study attempts to touch upon the representation of 'communities‘ in the widest sense, time and resources have necessitated a focus on the idea of the 'nation‘.